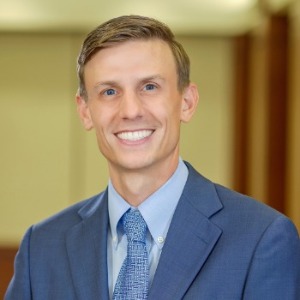 INDIANAPOLIS, IND. (Aug. 12, 2022) – STAR Bank is pleased to announce Kevin Wright has been promoted to the role of President, STAR Financial Bank, working out of the Indianapolis Monument Circle location.

Wright, who has been with the organization since 2008, will continue to lead the commercial bank team and will oversee both the human resources and marketing departments. Former President Tom Wright will transition into the role of Vice Chairman of STAR Financial Bank.

Kevin Wright, who serves on the board of STAR Financial Group, was named Senior Vice President of Commercial Banking at STAR in 2018. He has a Bachelor of Arts Degree in Business Management from Taylor University, an MBA with a concentration in Finance from Butler University, is a graduate of Stonier Graduate School of Banking and earned a Leadership Certificate from the Wharton School of Business.

Wright serves on the Corporate Work Study board at Providence Cristo Rey High School and on the Indiana Chapter Board of the Cystic Fibrosis Foundation. In addition, he is a member of the Indianapolis Business Connection Committee at Taylor University and is involved with Butler MBA Connect. He also coaches sports through the Carmel Dads’ Club and volunteers at Northview Church.